In the first half of 2014, the struggles of diverse categories of workers were taken to the streets to the dismay of bosses and governors. The powerful’s counterattack was supported with the help of the mainstream media, which tried to criminalise the protests and demobilise the strugglers. This happened before, during and after the World Cup – a time in which the news sought to legitimise the violent actions of the repressive apparatus of the state and its leaders. Following this came the political persecutions and arrests of dozens of protestors in an authoritarian manner, violating democratic means and human rights.

But it is undeniable that these workers’ struggles took on large proportions, and you can identify in them a common practice that has been quite rare in contemporary Brazilian unionism. They were strikes built in the workplace, independently of the union leaderships – sometimes even having to confront them. They won victories, total or partial, that the old union leaders, many of them playing the game of governments and bosses, said were impossible to win. These movements inspired many others, in smaller proportions and not always with the same level of advancement, that were hugely significant in the attempt to reinvigorate the way of waging union struggles in Brazil.

This practice can be identified, principally, in the protagonism and direct action of the rank-and-file, deciding on the course of the strikes in opposition to the bureaucracy and centralisation of personalised union leadership and partisan union currents. The latter, on the other hand, are flawed union practices which in general do not realise the urgencies of the working class, nor do they build spaces with political autonomy and the direct participation of workers.

Thus, experiences of autonomy, struggle and class solidarity emerged around the country, be they in the example of protesting workers in the big infrastructure works of the PAC (mainly in the north and northeast of the country), the street sweepers in Rio de Janeiro, the bus drivers in Porto Alegre, or the subway workers in Sao Paulo. They demonstrated, in practice, that the struggle begins from below and, not infrequently, without the guardianship of – or even against – the union leaderships in a clear demonstration that who should have control of the struggles is the rank-and-file as a whole and not a group of “enlightened” leaders.

Actions that also have in common the renewal of some important values of the various historical struggles of the exploited and oppressed classes around the world:

Direct Action: the methods of struggle to advance demands had a very diverse repertoire after the strikes. Examples of these are pickets, occupations, sabotage and demonstrations that paralysed the circulation and operation of essential services. Direct Action is the use of all necessary means to strengthen struggles spearheaded by workers. It means not handing over to someone else the power to decide on matters of everyday life. Instead, the collective is to exercise this power directly, without intermediaries or representatives.

Rank-and-File Protagonism: there is a disposition in the rank-and-file of workers to advance the union struggle and often of fighting the bureaucratic stance of the unions’ leadership themselves. This is how the example of union struggles in this period was driven by the rank-and-file of the sectors. This is the ingredient of a strong unionism, with workers’ control through direct democracy. Combatting the authoritarian and anti-democratic culture present in the unions, including in many of those led by groupings that put themselves on the left in political composition.

To the extent to which workers organise themselves and advance, the reaction of the state and governors has been to criminalise strikes and protest, repressing legitimate struggles and propagating lies through the bourgeois media; the great ally of the bosses and the powerful. Here we denounce the complicity between this hegemonic capitalist media, the governors and the strong economic groups that control the country.

We are excited to see the revival of this combativeness in union struggles around the country, since being the protagonists of our struggles is fundamental. Unions are important instruments that can empower the workers’ struggle. However, when they are captured by a partisan bureaucracy, or contained by the employer, they cease to be a means of struggle and turn into a way of life for the opportunists; people who claim to be representatives of the workers but who fortify themselves in the union structure. They subordinate the workers’ urgencies to their interests, or to those of their party, distancing themselves from the workers’ reality.

It is in the accumulation of our forces and through our mobilising power that we can confront even the unjust judicial decisions in the service of governors and bosses. It is also through our collective strength that we can achieve the victories we desire. That we do not lose our desires for change! That every fight, every picket, every strike, with their victories and defeats, may strengthen the idea that a new world is possible.

Within this process of radicalisation of struggles, it is necessary to have as an objective the revival of Revolutionary Syndicalism. A conception of union struggle defended by Mikhail Bakunin – besides having been named as a “potential suspect” for stimulating struggles and being involved in them in Rio de Janeiro [1] – the 200th anniversary of whose birth we commemorate in 2014.

In 2014, we remember the 200th anniversary of the birth of the Russian revolutionary and anarchist Mikhail Bakunin. Exemplary militant, his life was confounded with the struggles of the workers of his time, principally within the International Workingmen’s Association (IWA). Together with other comrades he was also responsible for the establishment of anarchism as a force socially engaged in the struggle for freedom and equality. In 1868, Bakunin helped found the Alliance of Socialist Democracy, a clandestine organisation and the first specifically anarchist organisation in history, which acted within the IWA.

The IWA being the space that brought together and boosted workers’ struggles in this time, it is important to point out that it was the accumulation of the International’s anti-authoritarian currents that had the greatest influence on the labour movement of our Latin American continent. After the Hague Congress of the First International, statist and federalist conceptions split up amid strong polemics and followed different paths. And it is the libertarian current of socialism (federalist and anarchist) that would boost the continuity of the IWA, and it is in 1872, in Saint-Imier in Switzerland, that Bakunin and the federalists founded the International, later known as anti-authoritarian.

The sections and federations linked to the International that were formed throughout Latin America relied on quite accurate general guidelines and on autonomy for their development, giving continuity to the federalist proposals and Bakunin’s revolutionary syndicalism. He understood syndicalism as a means and not an end in itself, and that the role of anarchists should be to add fuel to the processes of class mobilisation and to organise struggles together with the workers. Propagating the cause wherever they met workers. It was in fact in action, and from the tactics consecrated by experience, that the outlines of a more radical union doctrine were taking shape, becoming the historical expression of the time.

The Genealogy of the General Strike

The idea of the general strike was launched by the International Congress held in Brussels in September 1868. At the time, it was a tool with the objective of struggling against the war at the time. But it was in 1869 that Bakunin, in a pioneering way, analysed all the possible consequences of the General Strike.

“When strikes are expanded, communicating little by little, they become very close to turning into a general strike; and a general strike, with the ideas of liberation that reign today in the proletariat, can only result in a great cataclysm that would provoke a radical change in society. We are not yet at this point, no doubt, but everything leads us to it.”

Bakunin thus makes important contributions to this conception of the strike as a tool for mobilising the workers’ force, and that “they already indicate a certain collective force, a certain understanding among workers”. As a practice of assertive struggle and of formation in struggle, the General Strike should also embody the solidarity between sectors of the oppressed class because, “the needs of the struggle lead workers to support each other, from one country to another, from one profession to another”.

1) Mikhail Bakunin, an anarchist born in Russia 200 years ago this year, was being investigated by Brazilian police for allegedly participating in anti-World Cup protests in Rio de Janeiro, in 2014, after a teacher who was suffering state repression at the time mentioned him in a phone call. 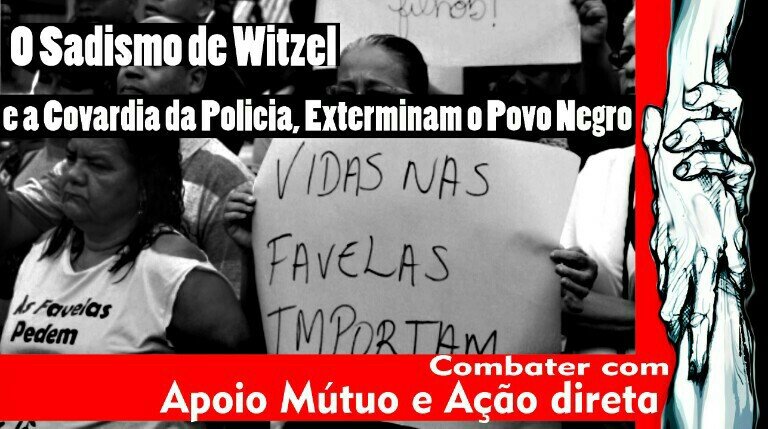 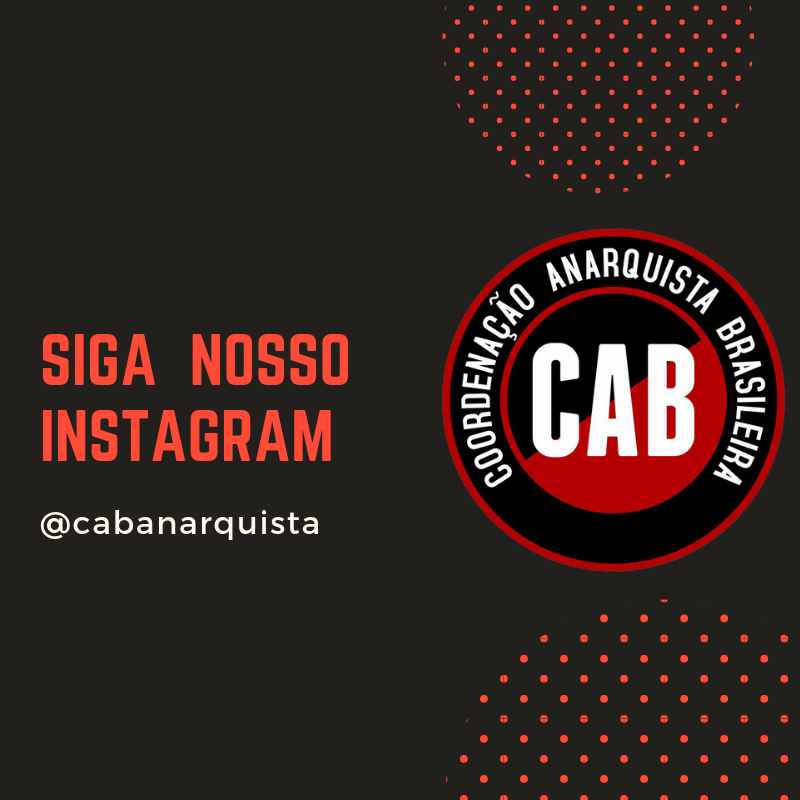 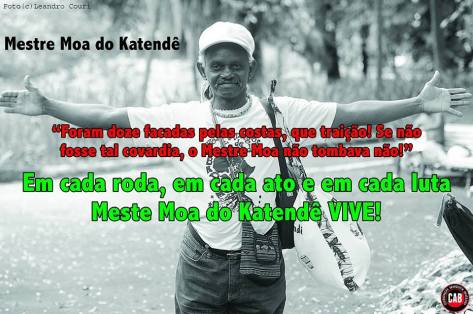 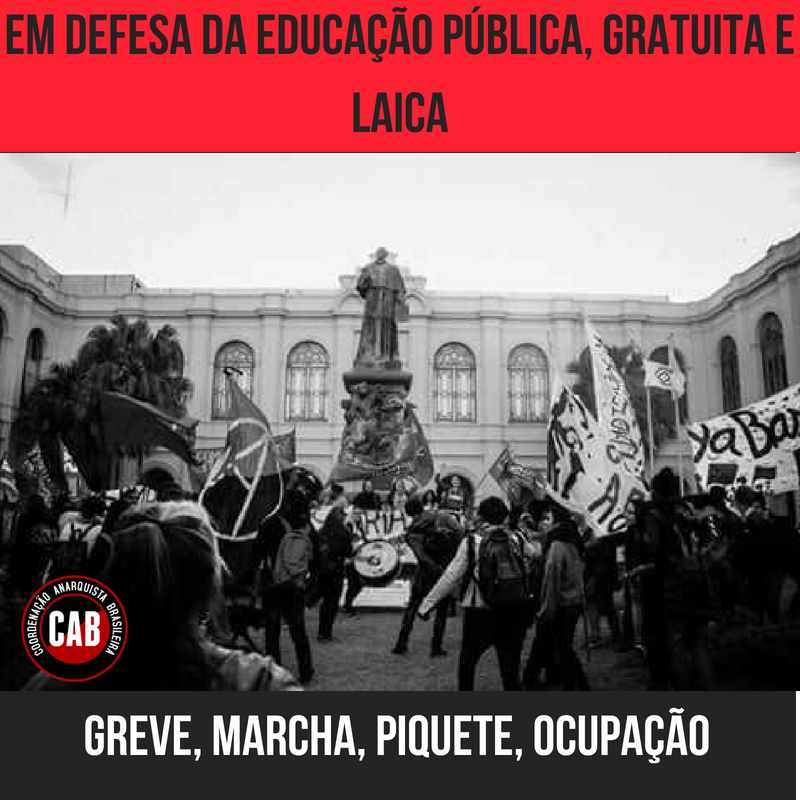 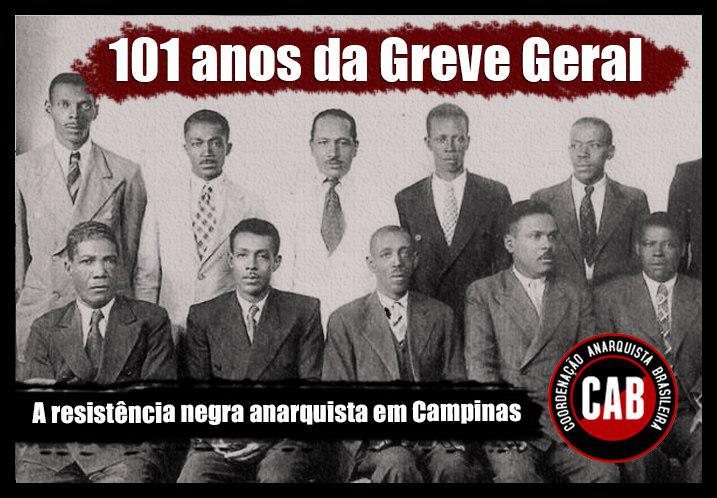 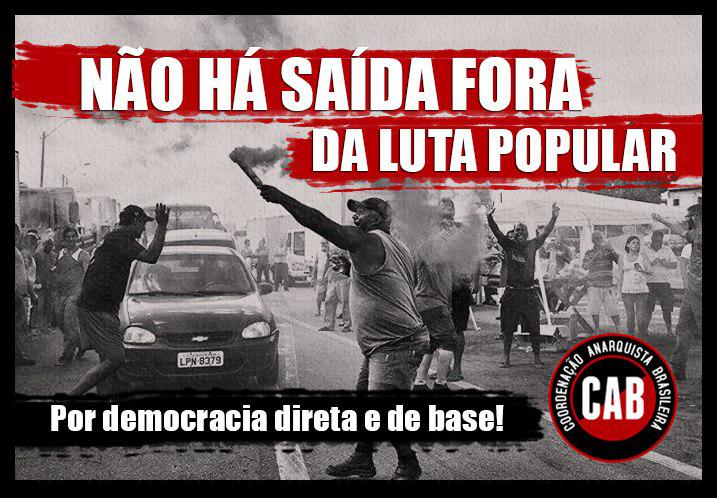 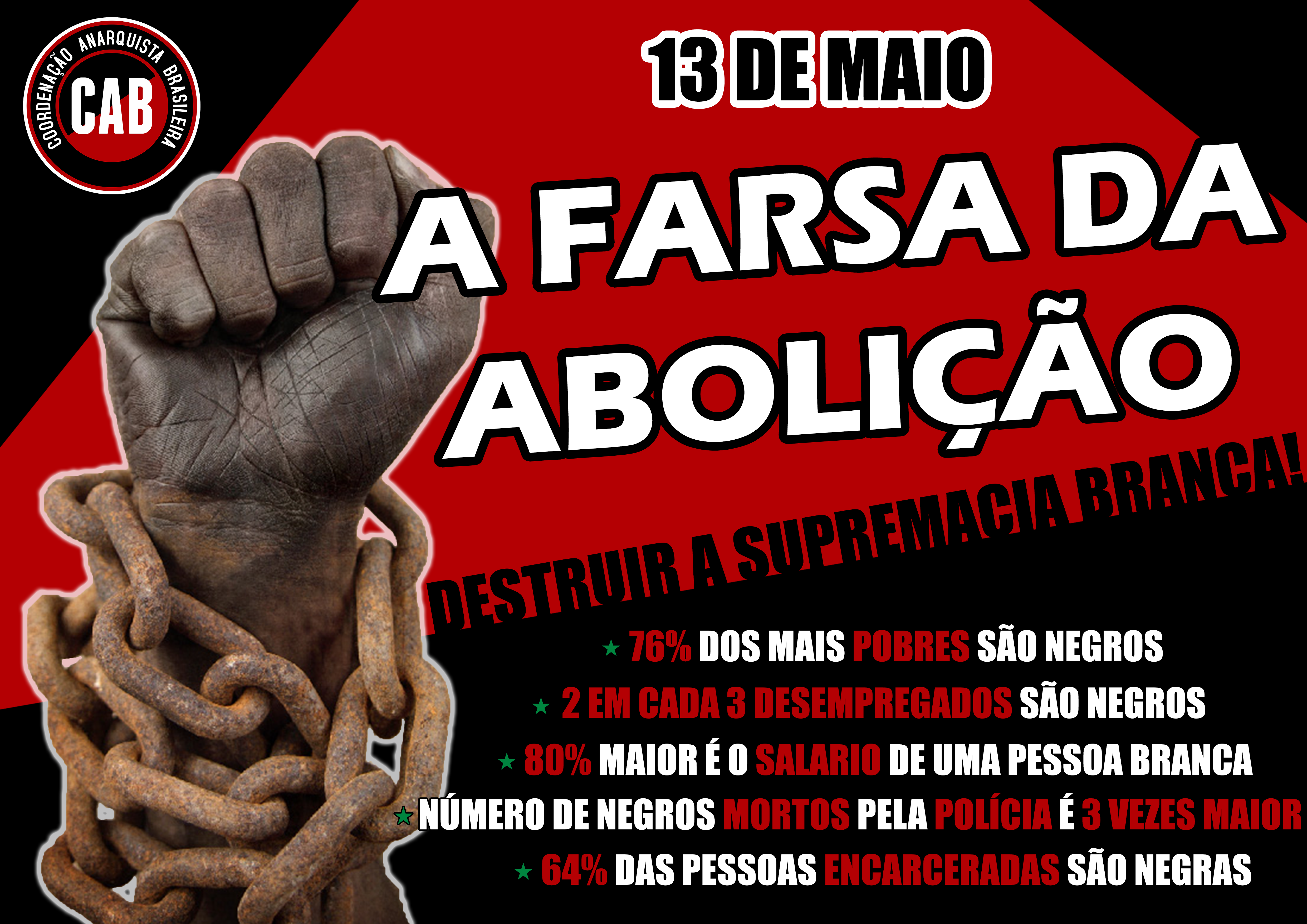 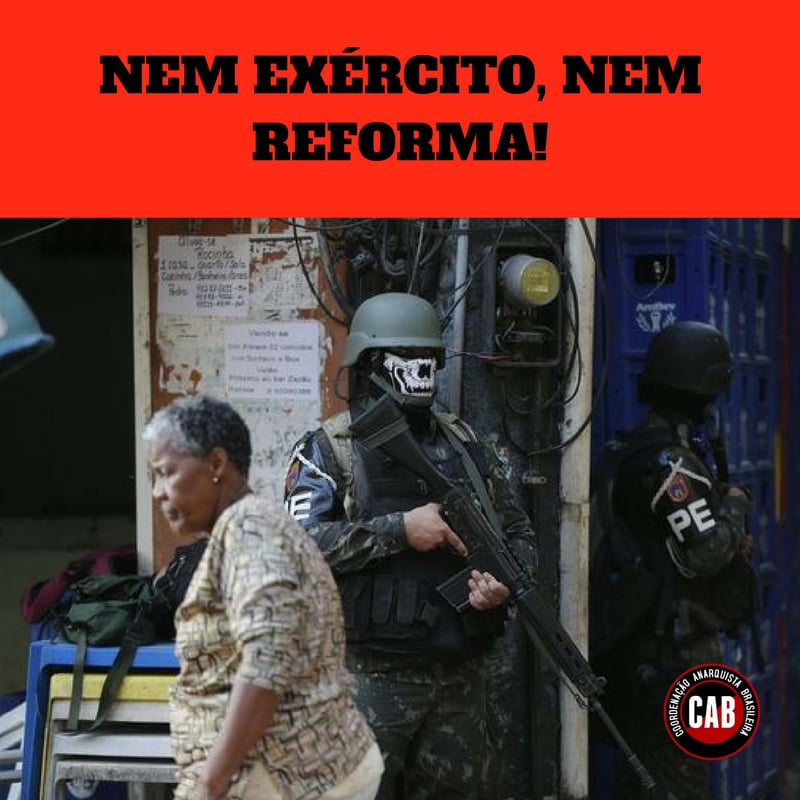 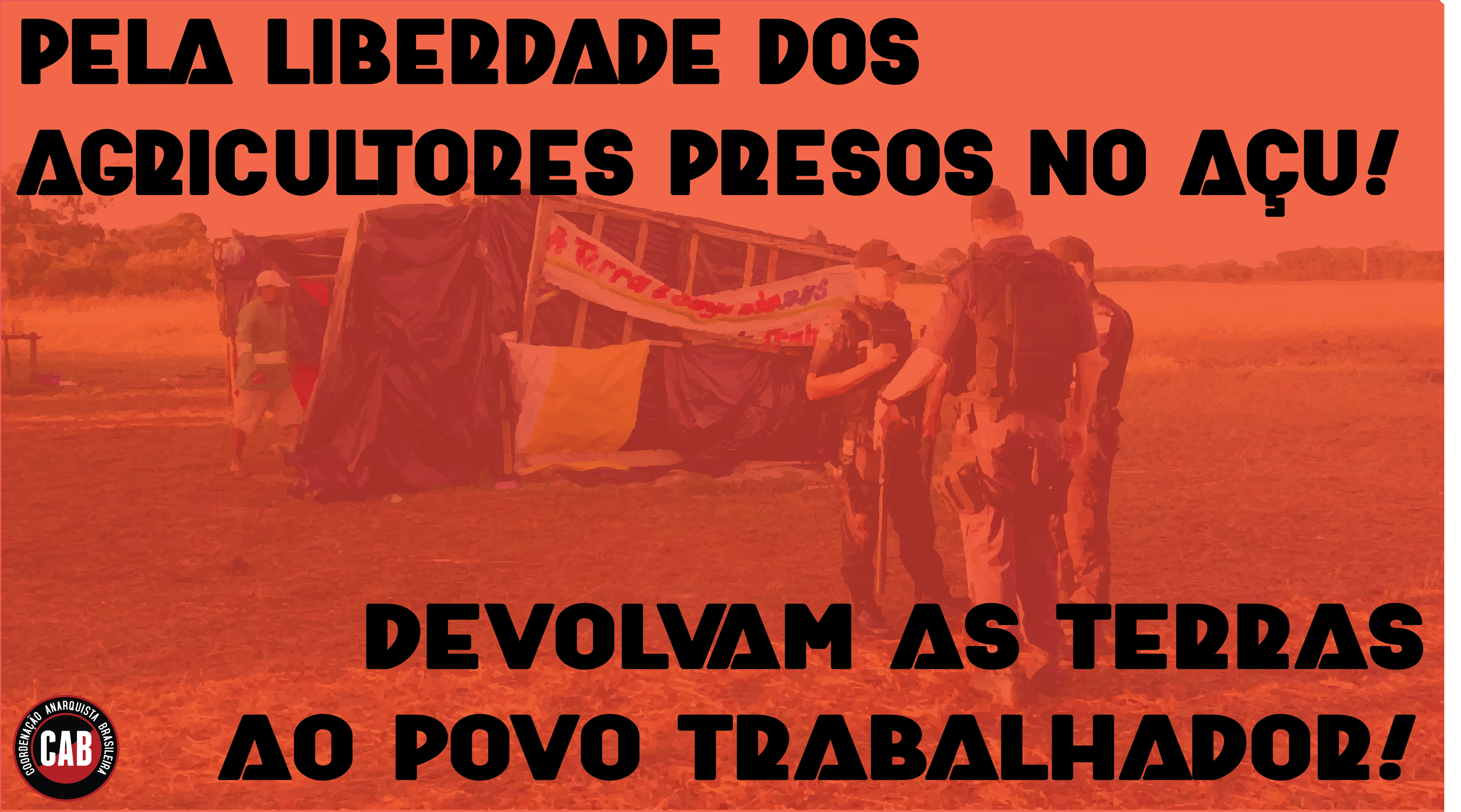 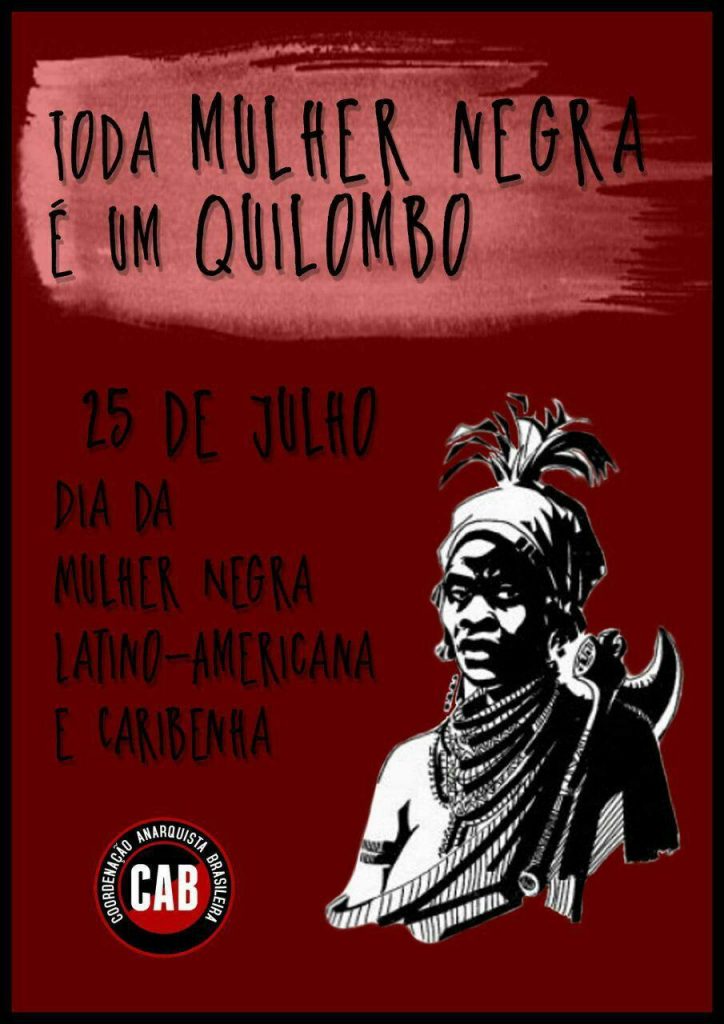 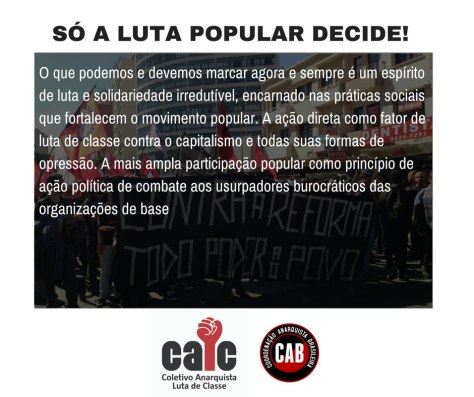 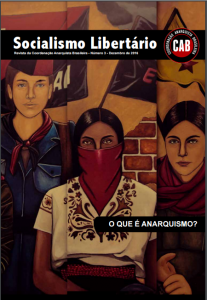 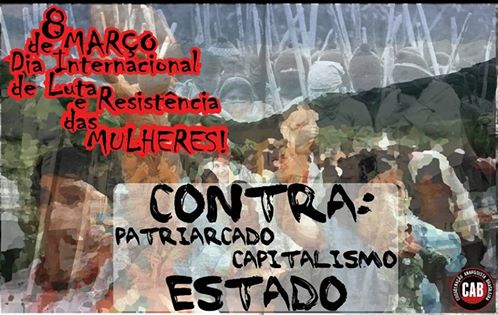 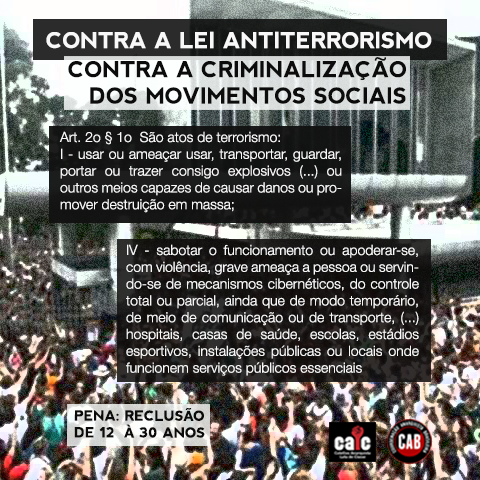 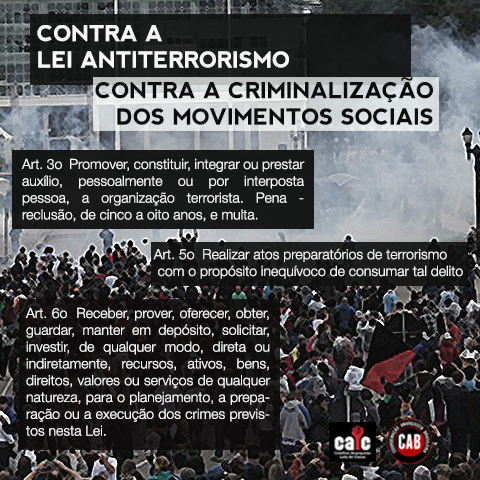 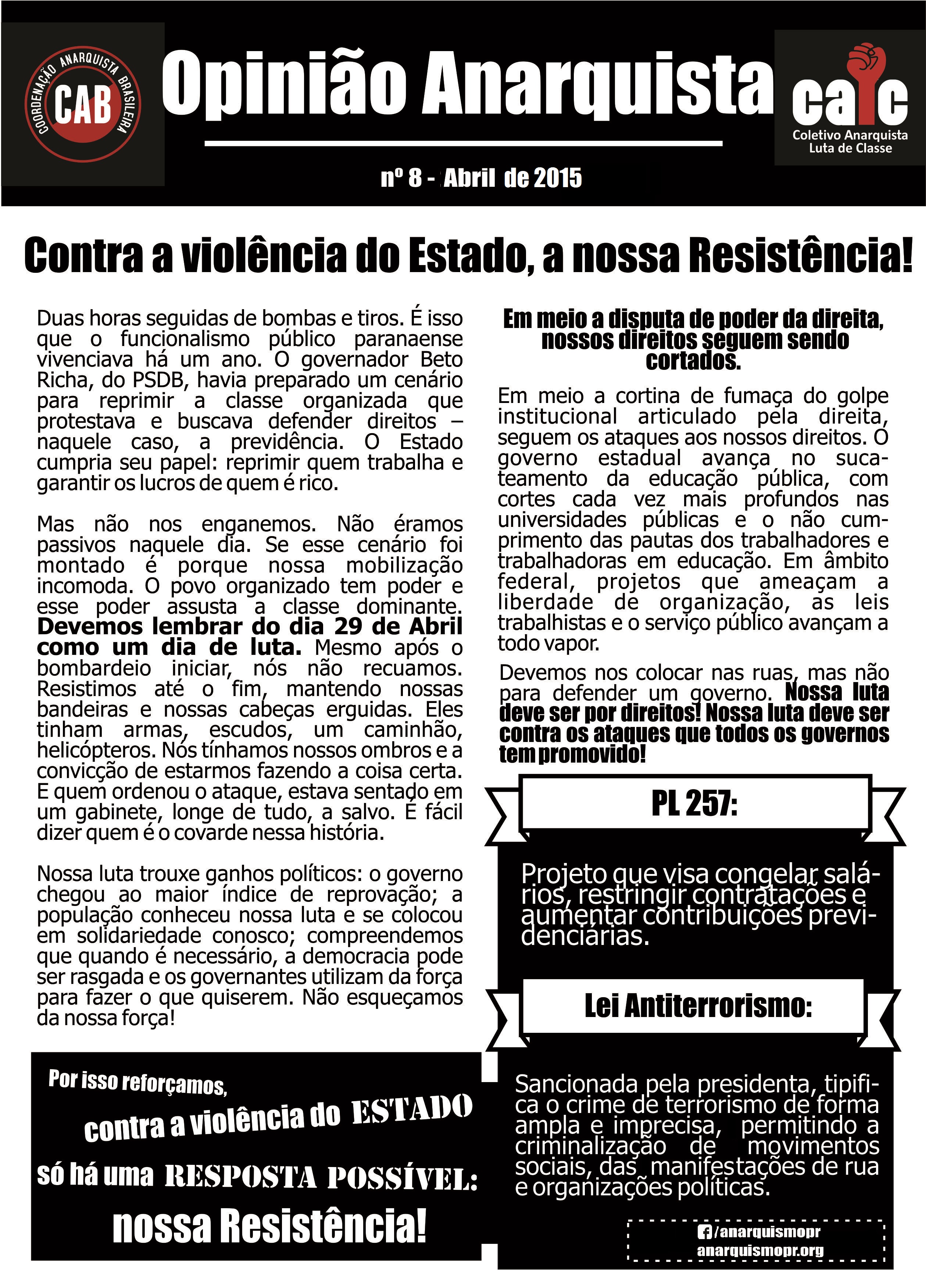 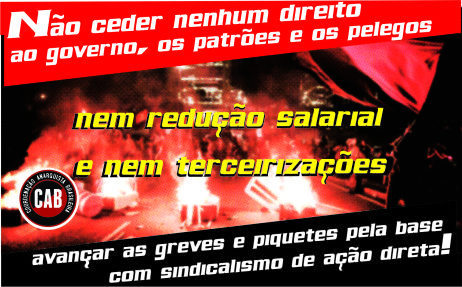